The LG Q7 will be the next model in the Q-series of the company. Q9 ‘s release date has not yet been published. But the images of the design emerged.

The first designs of the LG Q9 phone are quite similar to the LG G7 Fit, which was introduced at the 2018 IFA technology Fair. The metallic side of the phone, the 3.5 mm headphone jack, the USB-C input and the notch display are clearly visible. 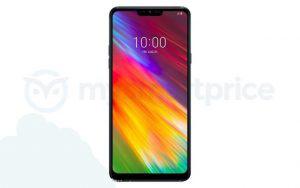 LG Q9, LG G7 fit with so many common features of the phone was renamed LG G7 Fit began to discuss whether.  If this is really the case, we can expect to have a 16 MP rear camera, 8 MP front camera and 3000 MAH battery.