The first official image about the phone, which was previously revealed by many prophecies, came from the official India account of Asus.

With the Zenfone Max Pro M1, ASUS was able to achieve a success it didn’t even expect.  It is now working on Pro M2.  These were the first confirmed features of the phone, with 3 rear cameras and a notch design. 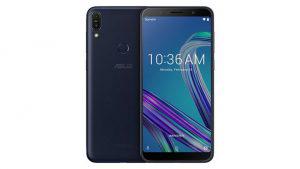 The phone has a slightly tougher line, but a notch that looks pretty chic is preferred. However, the official Twitter account explained the date on which the phone will be announced: 11 December. We expect to share a small image of the phone until this date.

The phone’s hardware features are not officially described. However, we expect two variants of 4GB/6GB with the Snapdragon 660 processor on the device.  The phone is expected to come with a 6-inch Full HD + display. It is expected to have two variant 64GB/128GB storage options.