The Concept Design and Features of Xiaomi Mi 9 have Emerged

The concept design and features of have emerged

Despite the characteristics of the flagship, Benjamin Geskin has revealed the concept design and features of Xiaomi Mi 9. It will be one of the best price/performance phones in 2019.

2018 was very efficient for Chinese smartphone manufacturer Xiaomi. The company was introduced in the first half of the year to attract the attention of smartphone users with the Mi 8 series. Xiaomi, in general, introduces the flagship of the Mi series in the first half of the year. It reveals the series ‘Pro ‘ and ‘ Lite ‘ versions later in the year. We know that the Mi 8 Lite and Mi 8 Pro models have emerged. So, we can guess the Mi 9 rumors aren’t too far away. 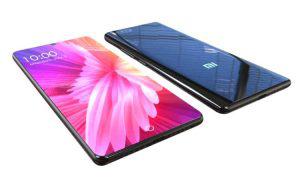 Known for consistent leaks, Benjamin Geskin exploded a bomb on Twitter and shared a concept of a design image of Xiaomi Mi 9. And  he revealed some features of the device. According to the image of the Geskin, Xiaomi Mi 9 will have a little bit larger than the water drop notch, or a little bit smaller than the 8 notched. However, the bottom and side frames of the device will be severely diluted according to the Mi 8 series. Although the new Mi 9 has similar design language, it means it will have a much higher display/body ratio.

According to the Geskin, the 9 will have a large AMOLED display of 6.4 inches. Snapdragon 855 or Snapdragon 8150 processor with the other name of the device will have 6GB, 8GB and 10GB RAM options.  3700 MAh Battery is expected to be on the device Quick Charge 5.0 and  wireless charging support is expected.  One of the most striking features of the device will be the support of 5g. Mi 9 will have a triple back-up camera setup and the main camera will be the 48 megapixel Sony ımx586 sensor. There is no information yet about other sensors.