With the walking recognition application, the identities of people who stand at strange angles, wear masks or hide their faces can also be identified.  Watrix CEO Huand Yongzhen said that this software cannot be overcome by methods such as lialing in an interview . As a reason, he showed the whole body scanned.

The method Watrix uses to record the video makes the person a silhouette, then models the way they walk. Although Watrix said the success rate was 94 percent. The analyses were not made in real time on the live broadcast. There is no independent source that proves these allegations.

Researchers in the United States and Britain are working on similar technologies. Beijing and Shanghai police are using this system with intensity; wanted to be a part of the network of artificial intelligence surveillance. With this application on the face recognition system which is established in the Xinijang region. The eyes are also translated into China. 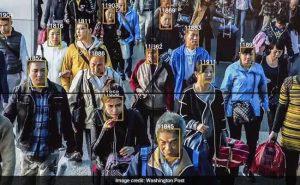 Xinijang is the end of the cities in the west of China. Law enforcement forces in this city are also very keen to use this new application. Predominantly, Uighur Turks live in this region. So, China’s practices were criticized too much. The United Nations filed a report accusing China of collective detainees. The actions carried out as part of China’s “vocational education and training ” have reacted greatly as restrictive movements of torture, detention and freedom of belief. China was refusing the allegations. It claimed that the reports were prepared for political purposes.