The scientists from the Nuclear University of National Research (MEPhI) who in collaboration with French and Greek researchers ,have discovered a new method.

The scientists who work together with French and Greek researchers have developed a new method to reduce production costs of nano-electronics and to ensure controlled deformation of nanotubes and other small objects. 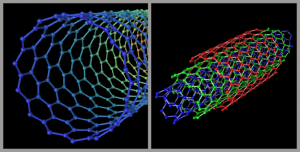 Musicians, firmly tighten  their instrument wires to obtain a definite sound quality. Carbon nanoelectronics also uses the same method. Scientists use deformed carbon nanotubes to make wires, diodes, transistors and many other components. But, these carbon strings, 100 thousand times thinner than a human hair. The scientists have to use very complex methods for studying and developing these carbon strings

Assistant Professor Konstantin Katin says that the stretched nanotubes are composed of single samples with existing methods. These methods increases the cost for industrial applications . This important invention intending to save carbon nanotubes on supporting silicon sheet that pre-implanted with hydrogen and helium ions. The invention is also lowering the costs by increasing production volume too.

Scientists have explained that these ions are transformed into gas-filled platelets by creating a bubble on the surface of the silicon sheet. This method can be applied not only to carbon nanostructures. But also to a wide range of nanostructures.

The researher scientist believe that this improvement will make cheaper production of many essential components used in nanoelectronic circuits. Scientists who will test this method to increase productivity on other materials will soon share the results with the world.