Tesla  has released an update that allows users to see their empty charging stations in real time.

Tesla has recently released many new features for its users to be able to use the ‘ Tesla ‘ application efficiently.  In the new update, users will be able to access car charging options with one click.

Now users will be able to find out where there is an idle station with the Tesla application. The new feature is 2018.48, where you can view the stations closest to you via the map. And it can use in Tesla vehicles with more current software.  As the Tesla owners now know the distance to the station, they will be able to make their journey planning clearer. In addition, use of navigation is active for stations. 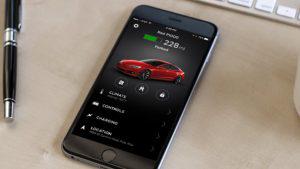 With the update released in September of this year, Tesla had given users the opportunity to control their tools more easily by implementing them.  In particular, three new features had gathered the users ‘ appreciation. In this big update, the application and the third-party map software can use the vehicle navigation in real time. And  the ability to remotely launch the vehicle software update and control in-car entertainment devices was offered to users.