An Android’s augmented reality software  is now available on 250 million devices.  Arcore is a special augmented reality software written for smart devices with Android operating system.  Arcore was released in early 2018. And  It was compatible with many phones and was offered to users. According to Google’s  statement , the app supports 250 million devices with a new update. We can’t get a list of all the devices with Arcore.  It  supports Pixel phone versions,  most Samsung models, LG, Nokia, Motorola, OnePlus and Xiaomi phones.

Google named the update as 1.6 versiyon. Google has provided a number of improvements in the light and camera focus with this update. The main change of the update was on the Sceneform Render Library. So now we can see the light of the ambiance that we are in, more natural and light.

With a description from Google, “ The incoming update will make the virtual objects look more like they are in the real world. We have made a nice change with the light settings. In addition, renders with sceneform make the effects more natural. For example, if the augmented reality character stands against a sunset, the character’s colors will be in shades of red and orange. Exactly as in reality.” explained that the update has brought a lot of edits to reality, as it indicates. 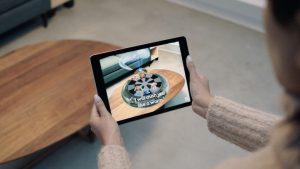 Sceneform also has screen capture capability. It  gives users the chance to save snapshots while taking video, giving them the ability to share. Finally, Google has also brought updates to the Galaxy A3 and Huawei P20 Lite models, despite the heavy criticism of users.It  launched ARCore