Samsung Galaxy A8s is said to be a special feature for China. It  may be on the market very recently.

According to rumors recently coming from Samsung, the South Korean technology giant is about to end a smartphone project that uses one of the new technologies. This technology will be the new ınfinity-O screen. 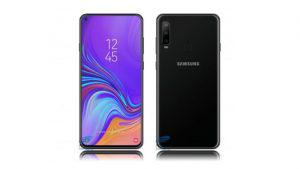 Unlike other notch screens, there is a camera hole in ınfinity-O screen. So that the display of the device is completely frameless. It is also known that Samsung has never looked at the idea of a notch screen.

The new Samsung Galaxy A8s will be produced exclusively in the Chinese market.