An iPhone With A Full Screen And No Notch

Tech BlimpAndroid MobilesAn iPhone With A Full Screen And No Notch

According to the U.S. Patent and Trademark Office,  Apple made a patent application for an iPhone with sensors and a front camera at the bottom of the screen. 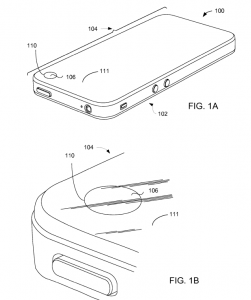 The iphones that will be produced in accordance with the patent application are expected to use Corning’s DVTs glass technology. With Apple’s new patent, the  ability to embed superficial hardware at the bottom of the screen can also be used on other technological devices such as computers, TVs, monitors and tablets.

Unlike other companies, Samsung has also filed a patent application for a display technology that allows the device to create a hologram (screen-to-out 3d) image.