Who should buy Honor Play?

Honor Play will satisfy the desires of users whom seeking for a good qualified price / performance smartphone for adorable prices.

Let’s travel to the past of time. Gaming sessions with Desktop computers, floppy discs, hours of installing games, video game arcades… The desires of our opinions about gaming through the time being has changed a lot, thanks to the social media in our life, the way of technology throughout the time and reduced time consumptions of us and other processes as well. Gamers wants to play games whenever or wherever they want and socialize with other people. Honor Play designed depending on gamers great expectations, it is a specific smart phone gamers.

The first feature which will freak out the gamers is Smart Shock which allows gamers to have 4D gaming experience. Recognizing the voices and visions of the games in real time simultaneously, this technology comes with 30 different vibration feedback with the aid of artificial intelligence. On the other hand you will get great performance from Huawei’s A.I. Histen 3D Audio effects technology. However it is really sad to face with Mono Speaker.

Coming with GPU Turbo Technology which covenants users with high performances, Honor Play is also really assertive about low energy consumption. In addition to that, it helps users to run away from their biggest nightmares thanks to 3750 mAh battery.  Lasting more than one and hour day with daily usages, Honor Play’s battery is also shows better performance compared to normal smart phones. However it is important to say that, this feature comes with only compatible applications and games.

Honor Play comes with 6.3” sized screen as like many gamers’ desire. This screen comes with IPS LCD panels with high density in addition to that Honor Play comes with a frameless screen plus a notch on it which reveals high-end colors and sharp details for us. The display is really alive and shiny. Having 1080×2340 pixel resolution display allows users to access 19.5:9 display ratio and 409 ppi pixel density.

Honor Play has got Kirin 970 processor with 8 cores, it also comes with 4 GB RAM and 64 GB storage capacity. We can humbly say that with these features include it cheap price, Honor Play meets expectations of users. Although you can increase the storage capacity with a microSD card up to 256 GB, it is really sad to having no options. It means you can only get 64 GB version of Honor Play, there are no other options.

Coming with Android 8.1 Oreo operation system, Honor Play uses EMUI 8.2 as an interface on the device. There are also 802.11ac Wi-Fi and NFC support. However we face Bluetooth 4.2 instead of Bluetooth 5. On the other hand there is really smooth finger print sensor on the device itself.

The battery capacity of the device, powered with 3750 mAh battery which we talked about it early of this review. As we said again Honor Play can last one and half day easily at daily usages. However at intensive situations we recommend that you should decrease the brightness of the screen in order to avoid from fast battery consumptions. There is also an important point that Honor Play doesn’t come with Wireless Charge Support which may sadden the users. It is important to note that there is no Water Proof certificate coming with Honor Play.

How about cameras of Huawei’s gamer phone; Honor Play?

Powered with A.I technology as we know from different kinds of Huawei’s Smartphones, Honor Play also shares this technology which improves the cameras with recognizing scenes and objects. Just to clarify, this technology helps to obtain best settings for different kind of scenes by recognizing the scenario of photo capturing and taking photos with these standards.  Of course photograph performance of Honor Play does not match with phones within flagship class or high-end devices. But considering of its cheap price we can clearly say that it is really good at capturing photos.

Honor Play comes with 16 megapixel camera resolution with f/2.0 diaphragm level, which is supported by A.I. as well. There is a LED Flash at the rear of the device however we don’t face with any flash at the front of the screen. On the other hand, you can capture Full HD and 4K videos with 30 FPS frames with rear cameras however it is limited to Full HD with front camera. 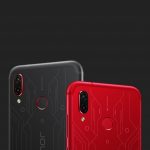