Scientists Are About To Discover The Pill That Inhibits Weight Gain

Scientists Are About To Discover The Pill That Inhibits Weight Gain

For the RCAN1 gene, the happy days of fattening people are about to stay behind. The international team of scientists from the University of Texas Souther Medical Center and Professor Damien Keating of Flinders University in Australia is working on this issue. They’re trying to neutralize a gene called RCAN1 that makes people fat. In this case, no matter how many calories people get, they have revealed that their weight gain has been prevented. 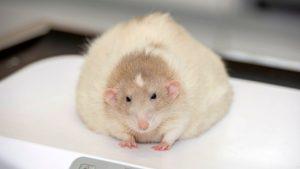 The experiment was first performed on mice. RCAN1 gene dysfunctional mice, no matter how much fat food they feed, they did not gain weight.

Professor Keating has explained the study: “we know that a lot of people lose weight and even maintain their weight. They are having difficulty for many different reasons. In the light of the findings of this study, developing a pill that targets the RCAN1 gene, we can provide weight loss  “he said.

Keating  sees the RCAN1 gene the blockage of the RCAN1 gene as a new hope against obesity. According to Keating, blocking this gene makes the unhealthy white oil turn into a healthy brown oil.

Keating and his team have developed medications that are potentially available for treating obesity.  These medications are currently in the testing phase. They are not tested in humans.

Researchers agree that these findings reveal a simple treatment. They think they need to work harder to get the same results back on people.