HMD Global Announces Nokia 8.1: Here are all the features

The Nokia 8.1 is a member of the Android One program. It was announced by HMD Global on December 5.

Nokia 8.1 is a worldwide version of the Nokia X7 smartphone introduced in China.  It was introduced today with an event organized by HMD Global, which launches its devices under the name Nokia.  It is a medium-level smartphone; Blue/silver, steel/copper and iron/steel with 3 kinds of color option will be released. 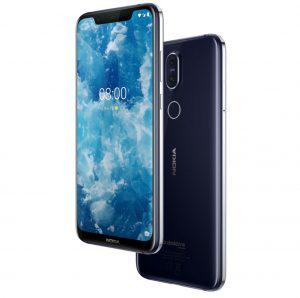 The Nokia 8.1 is included in the Android One program that Google generates for smartphones with low hardware capabilities. It has a 6.18-inch, 2246×1080 resolution, 18.7:9 aspect ratio, 500 nit brightness, Full HD + puredisplay display. 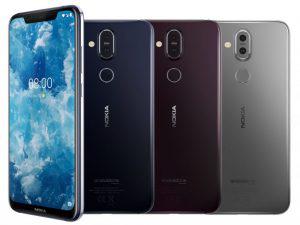 The rear of the Nokia 8.1 has a 12MP resolution of f/1.8, the main camera with a 13MP resolution secondary camera, a dual-tone LED flash and a fingerprint reader for extra zoom and portrait shots.  The front of the device has a 20MP resolution f / 2.0 aperture selfie camera. The Nokia 8.1, which has the Android 9.0 Pie operating system  will be released on December 20.