Honor 10 Lite and First Details That Showing Up

Tech BlimpAndroidHonor 10 Lite and First Details That Showing Up

First official information about recently emerging Honor 10 Lite has arrived. The mobile phone that will appear soon seems like having moderate attention.

Honor 10 Lite is coming on 21th of November. Namely the device that we will meet soon got new information. Emerging on official selling web site of the company device takes its power from Kirin 710 drawer as it is now finalized. It is expected from model established on a LCD screen with 5.84 inch and 19:9 notches to have at least 4 GB RAM. It is seem that GPU Turbo Technologies are also active on model. As a reminder, GPU Turbo focuses on GPU directly in other words to the graphic performance. According to the announcement, the phones’ graphic operation power is increased as %60 and spending energy is decreased as %30. Through, Honor Play the first model having the technology passes lots of flagships (in terms of multi core GPU power). Additively to that important technology, Honor 10 lite having double camera system behind has double slide colour options which is appealing to especially the young. The device which is told to appear with 18W speed charge support is known as having EMUI 9.0 Android Pie based in its box. 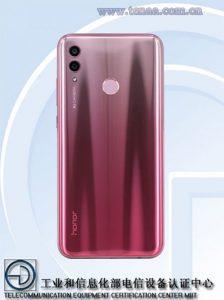 Honor 10 Lite is a Phone That Can Draw Attention

With increased flagships, input and midlevel devices take a lot of attention.