The most popular immediate messaging application is finally reaching a new feature which has been expected for a long time. Here it is Whatsapp Androit with its new property!

The most used messaging app Whatsapp is finally bringing a feature which is already available for iOS into use for Android as well.

With that feature shown up at 2.18.300 code beta version you can cite any message by sliding easily. For updated version you need to choose the message that you want to answer and click answer button to do that process. 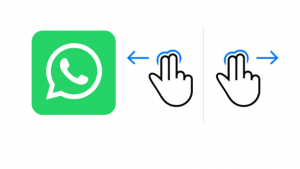 Along with that new feature we can write our messages summarily. That feature will be very useful especially on group messaging and it is already available at beta version.

On the other hand, it is expected that it takes almost a month reaching new feature to the users. So, do you think it is an important feature answering by sliding?